44079 is preserved at the Darmsdadt Kranichstein Museum (Germany). This engine, formely KPEV Münster 4981, arrived in Turkey in 1916 as war supplies. It was acquired back by the German in 1987. It was restored in its original KPEV state and livery and given the number "Mainz 4981". This engine was built by Hanomag in 1913.

The Turkish G8 have a very complicated history and not all the records are available to trace back every unit:

Engine number 44087 has been spotted and is reported by some authors but we cannot confirm its existence. 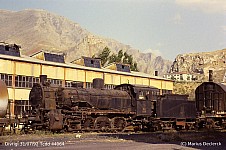 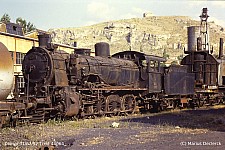 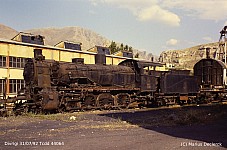 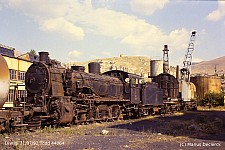 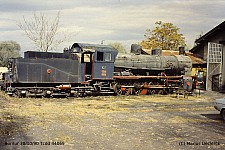 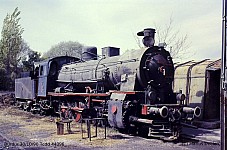 The mystery of TCDD's G8

Origin of the Turkish G8 is one of the least known subject regarding TCDD. Out of 83 units, only 21 can be fully traced. The other units have their history blurred by the WW1 and its consequences.

These tables are an attempt to gather all published information regarding these engines.

List of 27 G8 known to have been transferred to the CFOA or the Baghdad railway during World War 1 (Source: " Steam in Turkey", E Talbot).

List of 10 G8 acquired new by the SCP and taken over by TCDD.

List of 13 G8 taken over by France in 1919 as war compensation and allocated to the Alsace Lorraine Railway company (AL). The AL disposed of all of them in 1934. They might have been sold to TCDD. (Source "Les Vapeur de l'Armistice 1918", John Davies & Jean-Pierre Vergez Larrouy, 2001.)

List of 58 G8 taken over in 1919 by France as war compensation and allocated to the Compagnie des Chemins de Fer de L'Est (Est) and to the Compagnie des Chemins de Fer du Nord (Nord). This engines were there then incorporated into SNCF. Subsequently, 48 of these engines were sold to the DHP in 1939. At least 5 of these engines ended in Turkey either during or shortly after World War 2 (Various sources, for example Middle East Railways, Hugh Hughes, 1981).

This list summarize the 21 units of known origin. This is basically an inverted table from the data here above.