In the late 1960s and after much hesitancy, TCDD decided for a full dieselization program of their network. This meant that about 800 mainline steam engines had to be replaced. Along with the engine, a support and maintenance infrastructure had to be set up for the diesel engine. This was a big change: outside the Istanbul Ankara line, Turkish railway men had hardly any expertise in diesel engines. In addition, TCDD main shops (Eskişehir, Ankara, Sivas) had acquired much experience in steam engines, to the point of being able to built two of them from scratch. For the long term interest of TCDD, it was perceived critical to built up similar know how for diesel engines.

The tender for this technology transfer was won by a group of French manufacturers led by Matériel de Traction Electrique (MTE). The contract signed on 15 October 1968 between TCDD and MTE provided for:

The group of manufacturers included:

These companies are now all parts of Alstom.

The first locomotive was brought out for tests on 20 February 1970 in France. Subsequently, actual production of DE24000 in Turkey was about 30 units a year over 14 years from 1970 to 1984. A total of 418 CoCo units were turned out and it enabled TCDD to remove most of its steam engines. The DE24000 became the emblematic engines of the 1980's / 1990's. They could be seen on all kind of assignments and all around the country.

The technology transfer agreement can also be considered a success: throughout the manufacturing of the DE24000, TCDD and its Turkish suppliers were able to increase gradually the local content. By the end of the order, almost all the parts needed were produced in Turkey. TCDD became quite independent from foreign sources for the maintenance and heavy haul the DE24000.

The diesel engine chosen was the Pielstick 16PA4, a proven engine already in use since 1963 on the BB67000. This engine benefited from experience gained in France and the extensive research done by SNCF in the field of diesel traction throughout the 1960's. The design was adapted to meet the requirements of TCDD where the operating conditions were more severe than those at SNCF.

The electric transmission is AC/DC type with a silicon rectifier. It is similar to the transmission used by SNCF engine BB67300 since December 1967. The traction, braking and control gear is type JH and is together in a single cubicle.

For the bogie, the DE24000 departs very much from French practice: the traction motors are nose-suspended with a single 83:16 reduction. The bogies have an H frame in welded steel plate. They carry the body by a secondary suspension in rubber. The primary suspension is by helical springs offering high elasticity and is controlled by friction dampers.

The locomotive have a narrow body, in the American "road switcher" style. There is only one cab.

The locomotive has a MU capability but it was removed on most of the engines later on. The MU sockets is on the body at the front and rear ends, between the lights.

Some engines were equipped with dynamic braking and some with a steam generator for train heating purpose.

As of February 2003, more than 130 units have been retired from service.

From about the year 2000, TCDD started a cab renovation program on the DE24000 to improve crews work conditions. The old cab is replaced by a new one which is better soundproofed and equipped with air conditioning. The new cab is almost identical to the old one. The air conditioning compressor enclosure on the roof is the easiest to spot those new cabs. The front windows and the doors are a little bit smaller to allow for thicker cab walls and roof. This renovation is done during a general overhaul of the engine. Over the course of about 15 years, most of the engines have been renovated.

Some units based in Malatya received an armored cab which is a very unusual addition on railway stock. This transformation occurred around 2010. Those armored cabs are easy to spot. The windows are noticeably smaller and have a protective shield on the joint. The windows are made of thick glass with a distinctive green shade. The doors are thicker and obviously the side windows cannot be opened.

The DE24000 carry a red livery with two large white stripes running around the body; large TCDD letters are painted in white on the sides. The engines kept the same read livery throughout their long life. 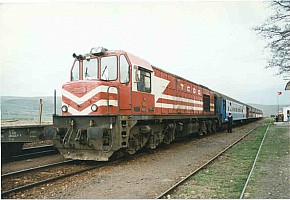 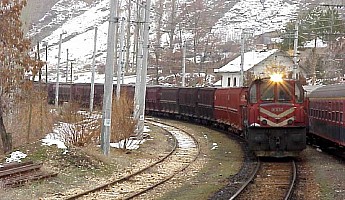 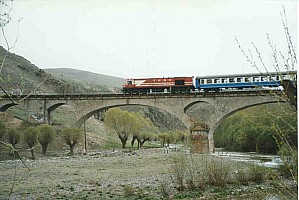 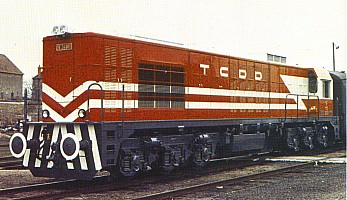 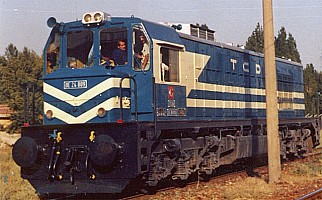 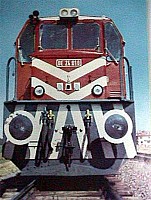 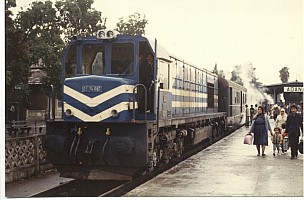 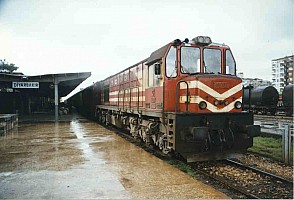 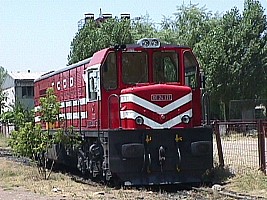 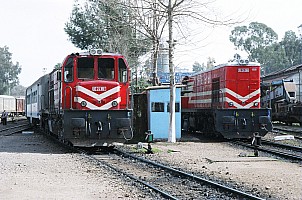 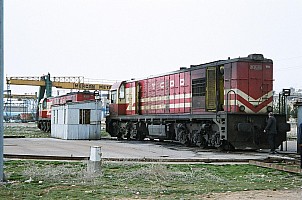 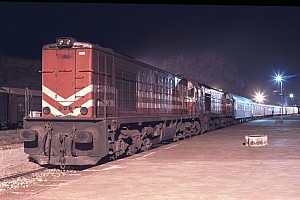 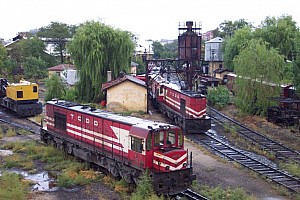 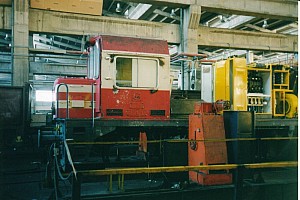 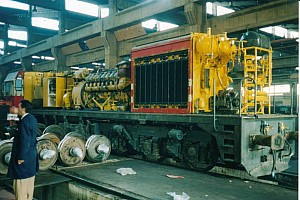 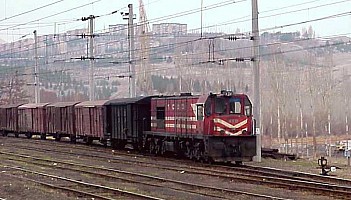 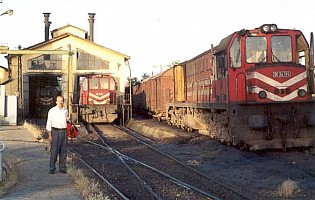 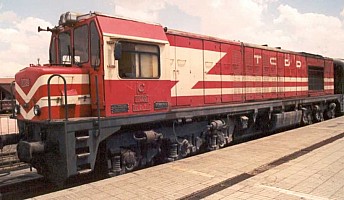 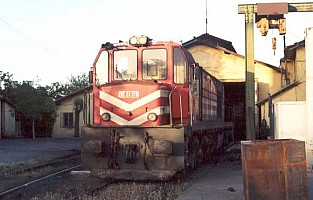 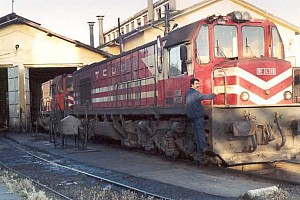 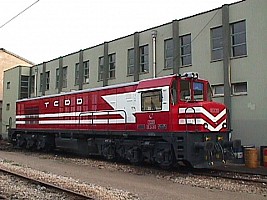 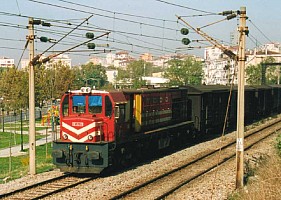 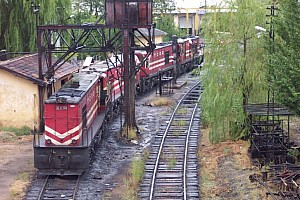 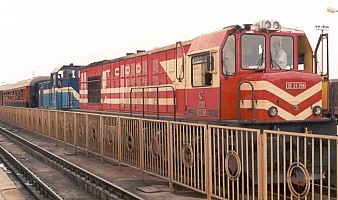 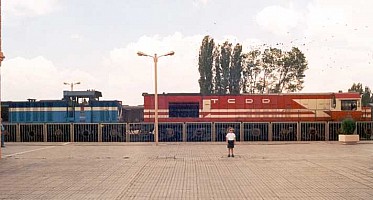